Pennabilli is in Emilia-Romagna, in Rimini provinceand is part of the Montefeltro area. 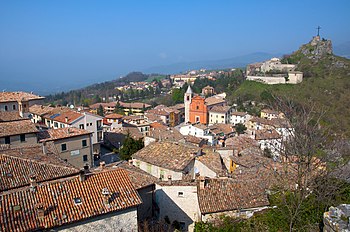 Pennabilli is a medieval town, capital of the southernmost municipality of Emilia Romagna. Its territory is partly covered by the Regional Park of Sasso Simone and Simoncello. Despite its small size, the town has had various important people, who have enriched the city’s culture. Particularly important are Matteo da Bascio (born Matteo Serafini), founder of the Frati Minori Cappuccini clerical order; Orazio Olivieri, a priest who went on a clerical mission to Lhasa and contributed to the first Italian-to-Tibetan dictionary (which was then used as based for the first English-to-Tibetan); and Tonino Guerra, a poet who has lived in Pennabilli since 1989.

Thanks to the travel of Orazio Olivieri in the 18th century, Pennabilli is today tightly bound with Tibet. In 1994, Tenzin Gyatso, XIV Dalai Lama, visited the city to celebrate the 250th anniversary since the death of the missionary. In 2005 the Dalai Lama came again, and a metallic structure holding a bell (a reproduction of the original bell in Olivieri’s mission) and three Tibetan manikorlos (rotating prayer mills) was installed on the hilltop of the city. The bell and the manikorlos (each with the Buddhist Oṃ Maṇi Padme Hūṃ printed on it) can be freely operated by visitors.

Tonino Guerra, during his stay, enriched the city with a number of permanent artistic installations, which were named “I luoghi dell’anima” (places of the soul).

Archaeological evidences suggest that the area started to get populated during the initial Roman age. At the time of barbarian invasions, around the half of the first millennium AD, the two hills upon which the city is situated (now called “Roccione” and “Rupe”) were serving as shelter for the locals, living in the proximity of the Marecchia River. This gave rise to the two communities of “Penna” and “Billi”, named after their particular topology: the former comes from pinna (top, summit, pinnacle), the latter from bilia (pinnacle among the trees). Some sources suggest instead that “Billi” was named after “Bel”, the Etruscan god of fire, whose former temple become during the Christian age a church dedicated to the worship of Saint Lorenz (the martyr of fire).

In 1004, a member of the powerful Carpegna family, known behind his back as “Malatesta” (bad head), probably because he was stubborn and hardheaded, started to build a stronghold on Roccione. This is the origin of one of the most famous and important medieval lineages in Italy, whose members later conquered Verucchio, Rimini and most of the Romagna.

The union of Penna and Billi took place in 1350, when the “stone of peace” was placed on the market place between the two towns. The newborn municipality was consecutively conquered by Malatesta and the Montefeltro and Medici families, ending up being absorbed by the Papal State. In 1572 the bishop’s residence was transferred to Pennabilli from San Leo, and Pope Gregor XIII gave the municipality the status of “Città” (City). Today, Pennabilli is still the capital of the San Marino-Montefeltro diocese.

Until August 15, 2009, the commune belonged to the Marche (Pesaro-Urbino province) from which it was detached, together with six other municipalities of the Alta Valmarecchia area, following a referendum held on December 17 and 18, 2006.

The nearest train station is in Rimini.

From Rimini, there are buses connecting to Novafeltria, and from there to Pennabilli. Lines 160 and 161 connect the fraction of Ponte Messa to Rimini through Pennabilli and Novafeltria. It is possible to buy the ticket at the office in front of the Rimini train station, at some bars and in news-stands. Once bought, the ticket must be validated when on board.

From the Tuscan side, there are buses connecting Arezzo to Rimini through Sansepolcro, Pennabilli and Novafeltria.

Getting there by car is the easiest way. If you come from the Adriatic side, get off the A14 highway at Rimini Nord and follow the signs for Sant’Arcangelo di Romagna and San Leo, or Rimini Sud and follow the directions towards Montefeltro and San Leo. The goal is to reach the strada provinciale 258 R Marecchia (SP 258). Leave SP 258 after about 8km, following the signs for Pennabilli.

From the Tirrenian side, from Arezzo go to Sansepolcro and follow SP 258 towards Rimini, across Passo di Viamaggio. When in Ponte Messa turn right towards Pennabilli.

The city is small enough to be walked. Fractions are a bit distant (on average 3-6km from the capital), and not connected by public transport: if you want to get there, a car is recommended.

For getting outside the center, for instance to Scavolino or Maciano, the easiest way is by car. Roads can be tight, but the traffic is very loose.

A bicycle can be a viable alternative if you are a sporty person, and will allow you to enjoy the panoramas. Distances are not prohibitive, the biggest hazards will be the long rises, sometimes rather steep. 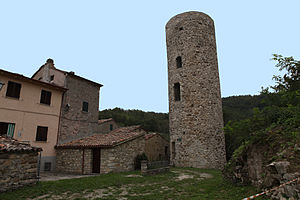 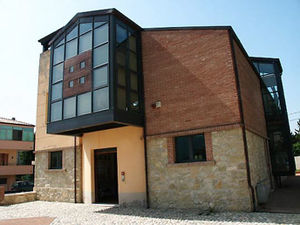 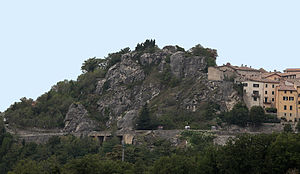 Where to stay in Pennabilli

Pennabilli is a safe place, even for women traveling alone. There are no reported cases of theft or violence against tourists. The Montefeltro area has been targeted by burglars, but no pickpockets have been reported.

From Pennabilli, your travel may involve other localities of Montefeltro: San Leo and Sant’Agata Feltria are very nice medieval towns. The Republic of San Marino in the surrounding area. Those who prefer the seaside and an intense night life may want to move on to the Rimini (province). Bikers will love the Passo di Viamaggio, connecting Pennabilli to Tuscany.