The central province in the People’s Republic of China is Hubei. The meaning of Hubei means “North of the Lake” as it is located north of Lake Dongting. Wuhan is the capital city of Hubei Province.

Hubei is bordered by Henan Province, Anhui Province, Jiangxi Province, Hunan Province, Chongqing and the province of Shaanxi. The Three Gorges Dam is situated in the city of Yichang in the western part of Hubei Province.

The outbreak of the Black Death destroyed the province of Hubei in 1334 and in 1368, the Mongols were thrown out by the Ming Dynasty.

The present day Wuhan was the place, where the Wuchang Uprising took place in 1911. The Qing Dynasty was overthrown and the Republic of China was established. The left wing element of Kuomintang led by Wang Jingwei made Wuhan the seat of government. This government merged with Chiang Kai-shek’s government in Nanjing. Japan captured the eastern part of Hubei during World War II but the western part remained throughout World War II under Chinese control.

In 1993 the construction of the Three Gorges Dam was started over the Yangtze River near Yichang. 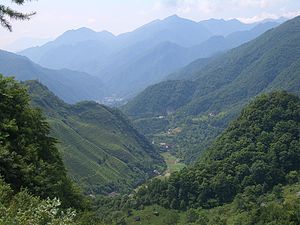 Hubei is a Central Chinese province. The name is derived from ‘Hu’ meaning lake and ‘Bei’ meaning North. So this is the province north of the Dongting Lake; the province south of the lake is Hunan.

Much of the eastern Hubei is the densely populated, heavily farmed flatland (the Jianghan Plain) along and between the Yangtze (a.k.a. Changjiang) and the Han River. This is where the province’s main metropolic, Wuhan is. The Jianghan Plain is surrounded by low mountain, such as Dabie Shan in the northeast (along the border with Henan and Anhui) and Mufu Shan in the southeast (along the border with Jiangxi).

The west of the province is mountainous, the peaks of Wudangshan and Shennongjia giving you a “preview” of the great mountain systems found in the provinces farther west (Chongqing, Sichuan).

During the Western Zhou, Spring and Autumn, and Warring States periods of the ancient Chinese history, the state of Chu (ca. 1030 BCE–223 BCE) included most of today’s Hubei, and the word “Chu” (楚) still appears in the name of the local newspapers, companies, and the like. When China was first unified by the First Emperor, Qin Shi Huang, Chu was absorbed within the Qin, and late Han Empire.

As the Han Empire broke up in the 2nd century CE, the territory of today’s Hubei became the area of contact of the Three Kingdoms (San Guo) into which the empire split. Many famous battles of the Three Kingdoms period took place within today’s Hubei. Many cities still retain parts of the history of this time, such as Jingzhou which boasts a wonderfully intact city wall dating back to this time.

Located astride the Yangtze River in the very center of the traditional Chinese territory, Hubei was part of the core of both the Ming and Qing Empire. During some centuries it was united with Hunan into a super-province called Huguang. A cadet branch of the Ming Dynasty’s ruling Zhu family was ensconced in Wuchang (part of today’s Wuhan); three stone turtles (bixi) still stand guard over their tombs at Longquanshan.

In 1911, the Wuchang Uprising in the provincial capital Wuchang (part of today’s Wuhan) started the Xinhai Revolution, which soon brought the 250-plus-year-old Qing Empire to the end and ushered the Republic of China.

Since the late 19th century, mineral-rich eastern Hubei became one the centers of China’s new mining and metal-working industries. In 1927, the three cities at the confluence of the Yangtze and the Han River – the old provincial capital Wuchang, the industrial Hanyang, and the commercial Hankou, officially merged into the new city of Wuhan, whose name combined syllables from the names of the three old cities. However, it wasn’t until several decades later that the first bridge across Yangtze finally established a fixed link between Wuchang and the two other boroughs of the provincial capital.

By the 1930s, communist guerillas started to be active along Hubei’s mountainous edges, on the borders with Henan and Anhui. And in the late 1937, as the ROC’s capital Nanjing fell to the Japanese invaders, Wuhan became China’s temporary capital for a few months. By the fall of 1938, however, after the Battle of Wuhan, the eastern part of the province fell to the Japanese as well, the ROC government being evacuated further upstream to Chongqing. For the following seven years, the front line shifted to the western Hubei.

The lowland of Eastern Hubei had long suffered from the floods of the Yangtze, which often occurred during the late-summer monsoon season. To prevent the floods, and to generate electricity, two major dams were constructed in the west of the province. First, Gezhouba Dam was constructed between 1970 and 1988 in the city Yichang. The giant Three Gorges Dam, the world’s largest hydro-electric dam, spanned the river several tens of kilometers further upstream (1994-2003).

Wuchang is known as the educational capital of China boasting a myriad of different Universities and Colleges. Wuchang also has a high concentration of government offices and facilities.

Hankou is famous for its commercial and shopping districts with areas such as Jianghan Road and Jiefang Road being the most popular places to go for shopping.

Hanyang is the industrial heart of Wuhan boasting many heavy industries including car and steel manufacture.

Wuhan is one of the notorious ‘3 furnaces’ of China, however it easily out-steams it’s rivals Nanjing and Chongqing. During a typical summer temperatures soar above 40 degrees Celsius and humidity rarely drops below 80%. It is because of this weather that the Chinese people believe the local population have gained their fiery reputation of being loud and easily riled up. In winter temperatures drop below 0 degrees Celsius and a few of inches of snow is not uncommon occurrence.

The locals are known as “Jiu Tou Nao” or “nine headed bird” due to their talent for bending the truth. The moniker is both a source of pride and embarrassment.

Wuhan is one of the largest cities in China, however it is still developing, quite slowly, in comparison with the major centres such as Beijing, Shanghai or Shenzhen.

Dynasty Hotel Wenzhou only USD 125 per Night 2 Min Hang Road Wenzhou 325027, China Whether you are in Wenzhou for business or pleasure, the...