Yunnan (云南; Yúnnán) is a province in southern China, bordering Myanmar, Laos and Vietnam as well as the Chinese provinces and regions of Guangxi, Guizhou, Sichuan and Tibet.

Administratively, Yunnan is divided into 16 prefectures. Some of those are autonomous prefectures for various ethnic groups. For the traveller, Yunnan can be divided into seven regions:

Yunnan: A Look at the Past

Erhai Lake in Yunnan ProvinceIn the late 19th century, the Panthay Rebellion took place at Yunnan. The local Muslims rebelled against the Qing authorities. This was in retaliation to the discriminatory procedures adopted by the Qing authorities against the local Muslims. The Rebellion was completely suppressed and more than one million Muslims were killed. Those who survived fled to Burma where they founded various Chinese Muslim communities in the northern regions. Many other survivors escaped to Central Asia, mostly to Kazakhstan and Kyrgyzstan, and are known in this region as the Dungan people. Sadly, most of the Yunnan Muslim culture has been destroyed and very few of the original Yunnan Muslims are still present in the region.

In the northern region, the highest point is the Kawagebo Peak which is situated in the Deqin County on the Diqing Plateau. It is 6,740 meters high. The lowest point is at the Honghe River Valley which is located in the Hekou County at a height of 76.4 meters.

Lijiang, Lincang, Pu’er, Qujing, Baoshan, Kunming, Yuxi and Zhaotong are the main cities of the province of Yunnan. 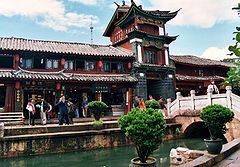 Its name literally means south of the clouds. The province is one of the most diverse in China. The Northwest of the province is heavily influenced by Tibet, with whom it shares a border. The South is influenced by its proximity to Laos and Myanmar. The province is famed for its multitude of ethnic groups, whose diverse customs can still be seen today. Of China’s fifty-five officially recognized ethnic minorities, twenty-five can be found in Yunnan: about one-third of the population is not ethnic Han-Chinese. The region is renowned for its Eighteen Oddities, distinctive traits promoted in tourist materials. 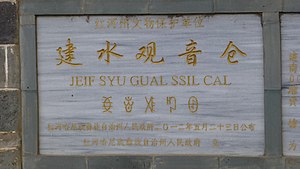 As everywhere in mainland China, the official language of Yunnan is Standard Chinese (or Putonghua as it is known). The region is home to a plethora of dialects from Chinese, Tibetan and Thai language families. Yunnan is home to many minority groups who each have their own different language.

Local towns will often have their own version of Mandarin which are sub-dialects of the South-Western dialect of Mandarin common to Yunnan, Guizhou and Sichuan. Despite a heavy accent, the local dialect of Chinese is very similar to Northern Mandarin with only minor regional differences in grammar and pronunciation.

Until 2003, Kunming was accessible by rail from Hanoi, Vietnam via a narrow-gauge railroad built by the French. The Chinese section of this rail route has since closed for passenger transport, but a new railway along a similar route has been opened in December 2014. One can now travel from Kunming to the border town of Hekou by bus or train (to the Hekou North 河口北 Station); from Hekou you can cross the border to Lao Cai and take the train to Hanoi. One can also fly from Kunming directly to Hanoi. It is also possible to travel from Kunming to Hanou by train via Nanning.

There is a railway from Hanoi to Nanning, Guangxi, and one with some sensational scenery from Nanning to Kunming. Another rail route reaches Kunming from central China via Guiyang, Guizhou, and a third one comes South to Kunming from Chengdu, Sichuan. All of these train routes offer spectacular scenery, with long stretches of bridges and tunnels.