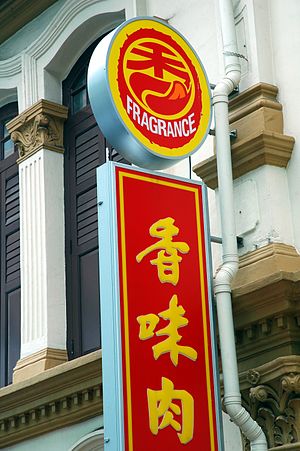 Phrasebooks for other varieties of Chinese are listed at China#Talk.

Mandarin Chinese is the official language of Mainland China and Taiwan, and is one of the official languages of Singapore. In English, it is often just called "Mandarin" or "Chinese". In China, it is called Putonghua (普通话), meaning "common speech", while in Taiwan it is referred to as Guoyu (國語), "the national language." In Singapore, it is referred to as Huayu (华语). It has been the main language of education in the People's Republic of China (excluding Hong Kong and Macau) and Taiwan since the 1950s. While not an official language, it is also commonly studied and spoken by the ethnic Chinese minority in Malaysia.

Note that while the spoken Mandarin in the above places is more or less the same, the written characters are different. Taiwan, Hong Kong and Macau all still use traditional characters, whereas Mainland China and Singapore use a simplified derivative.

China is host to a wide variety of related languages (often referred to as dialects), of which Standard Mandarin is just one register. Within the Chinese language family, there are 7-10 major branches, each of which contain their own varieties of languages. Languages from different branches (such as Mandarin and Cantonese phrasebook) are completely mutually unintelligible, whereas languages within the same branch (such as Standard Mandarin and Sichuanese) may share limited intelligibility.

Despite the wide variance in Chinese languages, they all share the same standardized writing system (using either Traditional or Simplified character sets). This is made possible by the fact that the Chinese writing system is logographic, meaning individual characters represent ideas as opposed to phonetic sounds. What this means is that one character which would be pronounced completely differently in any number of Chinese languages will all be written identically and understood to mean the same thing. Therefore speakers of different Chinese languages who are completely unable to understand each others' spoken speech can effectively communicate via writing. The challenge with a logographic writing system, however, is the huge number of characters required to adequately represent different words: The average Chinese dictionary indexes ~20,000 characters, with an educated Chinese person likely knowing around ~8,000, while a typical newspaper requires the reader to know at least 3,000 characters.

Following the establishment of the People's Republic of China (PRC), formal simplifications were made to a large number of common characters in order to reduce the number of strokes required to write them, with the aim of increasing literacy. This has led to a two current standards for Chinese writing: Simplified and Traditional characters. Simplified characters are the standard for Singapore and the mainland PRC, whereas Traditional characters are retained as the standard in Hong Kong, Macau, and Taiwan.

About one fifth of the people in the world speak some form of Chinese as their native language. It is a tonal language that is related to Burmese and Tibetan. In addition, the Dungan language, which is spoken in some parts of Russia, is considered to be a variant of Mandarin but uses the Cyrillic alphabet instead of Chinese characters.

Standard Mandarin is based on the Mandarin dialect of the Beijing area, and is almost universally understood and spoken (in conjunction with local languages) across China and Taiwan as a result of being the primary language of education and the media. Travelers headed to the special administrative regions (SARs) of Hong Kong or Macau will largely encounter native Cantonese phrasebook speakers. Mandarin is largely understood in the SARs, though speaking ability varies widely, and particularly in Hong Kong, the use of Mandarin is a touchy political issue. Those heading for Taiwan or southern Fujian may find the Minnan phrasebook dialect useful as well.

Chinese is infamous for being difficult to learn. While English speakers will initially have problems with the tones, acquiring vocabulary (since Chinese has few loan words from European languages), and recognizing the many different characters, the grammar is refreshingly simple. Most notably, Chinese grammar does not have conjugation, tenses, gender, plurals or other complicated morphological rules found in other major languages such as English or French phrasebook.

Pinyin allows very accurate pronunciation of Mandarin for those who understand it, although the way that it uses letters like q, x, c, z and even i is not at all intuitive to the English speaker since some of these sounds do not exist in English or many other languages. Thus, studying the pronunciation guide below carefully is essential. After you master the pronunciation you will need to move on to the next challenge: using accurate tones whilst speaking.

Some pinyin vowels (especially "e", "i", "ü") can be tricky, so it is best to get a native speaker to demonstrate. Also, beware of the spelling rules listed in the exceptions below.

These are the most important vowel combinations in Chinese:

Place a hand in front of your mouth and compare pit (aspirated) with spit (unaspirated) to see the difference. Note that the list below only gives approximate pronunciations, as many of these consonants have no equivalent in English. As Mandarin does not have voiced stops or affricates, all the consonants listed in the "unaspirated" column should be pronounced unvoiced.

Here are the other consonants in Chinese:

If you think that is a fairly intimidating repertoire, rest assured that many Chinese people, particularly those who are not native Mandarin speakers, will merge many of the sounds above (especially c with ch and z with zh). Other sounds that you may hear merged, depending on the region, include s with sh, f with h, l with n, l with r, and n with ng.

There are a fairly large number of niggling exceptions to the basic rules above, based on the position of the sound:

There are four tones in Mandarin that must be followed for proper pronunciation. Never underestimate the importance of these tones. Consider a vowel with a different tone as simply a different vowel altogether, and you will realize why Chinese will not understand you if you use the wrong tone — mǎ is to mā as "I want a cake" is to "I want a coke". Be especially wary of questions that have a falling tone, or conversely exclamations that have an "asking" tone (eg jǐngchá, police). In other words, pronounced like does not imply meaning. While Mandarin speakers also vary their tone just like English speakers do to differentiate a statement from a question and convey emotion, it is much more subtle. Do not try it until you have mastered the basic tones.

Going to the doctor

Chinese numbers are very regular. While Western numerals have become more common and are universally understood, the Chinese numerals shown below are still used, particularly in informal contexts like markets.

For numbers above 100, any "gaps" must be filled in with 零 líng, as e.g. 一百一 yībǎiyī would otherwise be taken as shorthand for "110". A single unit of tens may be written and pronounced either 一十 yīshí or just 十 shí.

Numbers starting from 10,000 are grouped by in units of four digits starting with 万 (萬) wàn (ten thousand). "One million" in Chinese is thus "hundred ten-thousands" 一百万 (一百萬), and "one billion" is "ten hundred-millions" 十亿 (十億).

Measure words are used in combination with a number to indicate an amount of something, similar to how English requires "two pieces of furniture" rather than just "two furniture". w:measure_word

When unsure, use 个 (個) ge; even though it may not be correct, you will probably be understood because it is the generic and most common measure word.

Note that two of something always uses 两 (兩) liǎng rather than 二 (二) èr).

There are also more complex forms of these characters, used in financial contexts to prevent fraud. Most travellers are unlikely to need to recognize them, but they are used in situations such as writing cheques and printing banknotes.

In formal writing, 时 (時) shí is used instead of 点 (點) diǎn to indicate hours when telling time. Therefore, the time 3:30 PM would be written as 下午3时30分 in formal writing. This form is, however, not used in speech.

Weekdays in Chinese are easy: starting with 1 for Monday, just add the number after 星期 (星期) xīngqī. In Taiwan and Singapore, 星期 (星期) is pronounced xīngqí (second tone on the second syllable).

Months in Chinese are also easy: starting with 1 for January, just add the number before 月 (月) yuè.

The base unit of currency in Chinese is the 元 (yuán), which could be translated as "dollar", or simiply transliterated as "yuan", depending on what currency you are referring to. In financial contexts, such as when writing cheques and printing banknotes, 元 is written as 圆 (圓). One yuan is divided into 10 角 (jiǎo), which is in turn divided into 10 分 (fēn). Collquially, the yuan is often referred to as the 块 (kuài), while the jiao is referred to as the 毛(máo).

Bargaining (还价 (還價) huán jià) is possible (and expected) in markets and many small shops. The first price you are given will usually be hugely inflated - it's up to you to haggle it down to something more acceptable. This will probably feel awkward if you aren't used to it, and you may worry about ending up cheating the seller. Don't worry - sellers won't take a price that's too low, and you will usually end up agreeing on a price that's considerably lower than the starting one but still allows the seller to make a profit. Try starting at around 20-30% of the original price; you can always work up from there. The exceptions to the rule are supermarkets, large department stores, bookshops and some of the higher end boutiques, most of which will have signs letting you know that haggling is unacceptable in these stores.

Telephone and the Internet

Chinese language learning is flourishing as foreigners recognize the importance of gaining the ability to effectively communicate with a population of 1.3+ billion people. Due to the rapid rise of the Chinese teaching industry however, finding consistent quality instruction can be difficult. Many Chinese language schools and institutes have opened up over the past decade both abroad as well as within China, though before enrolling it is definitely recommended to thoroughly research and speak with current or former students to ensure that effective education is being provided.

For independent learners, it is imperative that one first master tones and the pinyin system before beginning to build vocabulary. The Hanyu Shuiping Kaoshi (HSK) or Chinese Proficiency Test is China's standardized test for Chinese language proficiency (equivalent to the English TOEFL or IELTS). The HSK provides detailed guides for essential vocabulary and grammatical concepts in increasing level of fluency up to Level VI, which represents full written and oral abilities in the language. A good idea for practicing is to make Chinese friends online since millions of young people in China also look for somebody to practice English with.