Market in Jilin CityIn the northeastern part of the People’s Republic of China is the province of Jilin.

Jilin Province is bordered by Liaoning Province, North Korea and Russia to the east, the Inner Mongolia Autonomous Region to the West and the Province of Heilongjiang to the north.

Jilin (吉林, Jílín） Province forms the central part of northeast China and is part of what was once known as Manchuria. Jilin borders Heilongjiang Province to the northeast Russia to the east, North Korea to the southeast, Liaoning to the southwest and Inner Mongolia to the northwest.

The Baiyun Mountain is the highest peak in the Province of Jilin at 2691m. Jilinhada, Longgang and Zhang Guangcai are the other mountain ranges in Jilin.

The river Yalu and Tumen flowing in the southwest of Jilin Province and the river acts as a border to North Korea.

Siping, Jilin City, Baicheng City, Changchun Songyuan, Yanji, Tonghua and Liaoyuan are the other important cities of Province of Jilin.

The continental monsoon climate has an average rainfall of 350 to 1000mm in Jilin and the province has at times harsh winters.

Jilin is basically an agri province that produces maize, rice and sorghum. In the Yanbian prefecture rice cultivation is a major source of income. West Jilin is well known for sheep herding.

Some of the major industry in the Province of Jilin is Automobiles, Train carriages and iron alloy industries.

Visitors should visit the Wandu, Gungnae Fortress, the Goguryeo sites and tombs and the Pyramidal General’s tomb which are part of the UNESCO World Heritage Site.

If you enough time, you should travel to the Yanbian Korean Autonomous Prefecture that houses the ancient royal tombs of the Balhae Kingdom, that include tombs at the Longtou Mountain such as of the Princess Zhen Xiao’s at a Mausoleum.

JiLin province, which is in the central part of northeast China, plays an important role in researching the origin of prehistoric jades and cultural exchange in this area. And the name derives from building Jilin Wu La City at the beginning of the Imperial China (Ji for short), and the provincial capital is Changchun City. It is 607 km from north to south and 770 km from east to west. It accounts for 2% of the national area. Jilin province is a multi-ethnic province, like Korean, Manchu, Mongolian, Hui, Xibe and so on. The climate belongs to the warm temperate zone continental monsoon climate, the four seasons is distinct, with hot rainy season, excellent surroundings, temperature being suitable.

Chinese phrasebook and Korean phrasebook are spoken widely in this region. Especially in Yanji City, most of people can speak Chinese Mandarin and Korean.

Taxis are by far the best way to get around. They are cheap but you should have a piece of paper with the address in case you do not speak Mandarin. Taxi fares start at ¥5 up to 2.5 km (some cities will need to plus a mandatory ¥1 fuel surtax), after that ¥1.30/.5 km or ¥1/700 m. Several taxi companies are serving the city and they will not try to cheat you. It is common for drivers to pick up other passengers who might be going in the same direction if there are unused seats.

However, in case driver is taking you in circles – in this case complain for example at the hotel drop-off point. The staff there normally will support you in such cases. For other cases simply pay not more than shown on the meter. In general: Make sure you know the name of the places you are going to in Mandarin or have a paper with the Chinese address with you.

From April to October, it is a decent walking city, as the weather is fine. During the winter months temperatures are too cold to walk longer distances in Changchun, so other forms of transport should be considered.

Changchun light rail (轻轨; qīngguǐ) Line 3 goes from the west side of the train station (长春站) to Changying Movie Wonderland (长影世纪城). It travels past Changchun University (长春大学) approximately half-way along the route, and takes 63 minutes to complete the entire journey. A ticket, purchased at any light rail station, costs ¥1-4 each way, based on the distance traveled. Operates 6AM-9PM daily.

Free transfer between Lines 3 and 4 can be had at the LinheJie (Line 3) and WeixingLu (Line 4) stations.

Travel by minivan in Jilin

In Changchun and Yanji, if you are in need of an adrenaline rush, look no further than one of the minibuses that tear around the city streets. Some places out in the suburbs are only serviced by such buses, and the fare is usually ¥1-2.

Travel by bicycle in Jilin

Travelers should be cautious of bicycling. For the winter months it is generally too cold and during the summer months, too dangerous. Unlike other big cities in China, some cities like Changchun, Baicheng and so on do not separate cycle lanes from the main traffic, which leads to buses, taxis, cars, and motorcycles sharing the same space as the cyclists. The whole situation is dangerous and this is perhaps the reason why by Chinese standards there are few people who regularly cycle here.

If you want to bike around, it is recommended that you follow closely behind one of the local people on cargo-bike, merchant-bike, or donkey. There are off times during the day when biking would be less challenging. Drivers are not overly aggressive towards bikers.

If you need to get somewhere fast then jump on one of these. It is used in the most cities. They are unlicensed to carry fare paying passengers, so bear in mind that if there is an accident, you might find yourself in trouble. However, they tend to drive in the cycle lanes at quite low speeds and so are safer than you might expect.

The Tomb of the General 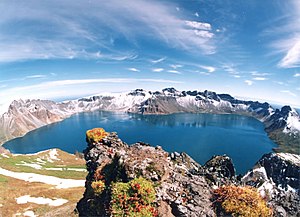 Beijing (北京 Běijīng) is China’s capital, and its second largest city after Shanghai, with a population of more than 20 million. It has been...

The first emergency call came in shortly after 8 p.m. on Tuesday evening when a fire and smoke above the...

Diplomatic Timeline of the South China Sea from 1932 to 2020

The World Health Organization (“WHO”) is an institution with 194 member states that campaigns for the fight against diseases and...

China Continues to Battle Its Worst Flooding in Wuhan

Chinese authorities issued more flood warnings Friday as weeks of torrential rains have caused the worst flooding in more than...

LONDON – Britain and China issued new salvos of criticism against each other Sunday, with the U.K. foreign secretary hinting...

Although there is an active independence movement in Tibet, from a traveller’s point of view, Tibet is under the control...

Transparency at the WHO? Nothing! The World Health Organization (WHO) has long been criticized: During the Corona crisis, dealing with China...

China controls its citizens in the corona pandemic using a smartphone. Now there is growing fear that the spying could become...

They reported from Wuhan and then disappeared: The fate of three citizen journalists shows how rigorous China is against critics...

Reports about Corona in Wuhan – Another Citizen journalist indicted in China

A citizen journalist has been charged in China with criticizing the measures taken by the Chinese authorities in Wuhan. Other civil...

European Union Borders / Schengen to Shut due to Coronavirus Covid-19

The European Union’s external borders will be closed to non-essential travel  for 30 days as of Tuesday to fight the spread of the coronavirus, while France...

New corona outbreak in Beijing – Salmon as a Scapegoat

Dozens of new infections with Sars-CoV-2 are reported in Beijing. The authorities want to have traced the outbreak to a salmon...